On Tuesday evening Paul and I made our way over to Camden to see Dar Williams at the Jazz Cafe. It was our third time seeing her, and hopefully not our last, but our first time at this particular venue. It was a nice place, smaller than Bush Hall, but very dark. Even before the concert started the lights were all down and it was a bit odd.

Dar was amazing, as usual. I was closer to the stage than I have been before, although off to the side so I got a bit of a profile view. And I really loved Lucy as well, so I was happy when Dar brought her out to join her on the last couple of songs. In fact, this was actually the very first time I've bought the supporting artist's music at a concert I've gone to. She signed the CD for me too cos she's lovely. Dar came out as well but I didn't get her autograph this time cos I already have a signed copy of Emerald that I bought from PledgeMusic when she was funding the album. I thought I should give other people a chance to meet her and get theirs signed!

Just like with the DWSS I put some of my pictures on Tumblr, and I'm going to post them here as well so you can all share in the joy:

A week ago today I started off my London adventure by going to the Doctor Who Symphonic Spectacular! It was amazing and I love Murray Gold's music so much. I do wish there had been more of a focus on the music of the Eleventh Doctor's era, but that's just my personal preference. I would have loved to have heard Together or Not at All - The Song of Amy and Rory (even though it would totally have made me cry right there in the arena) and The Wedding of River Song. I'd also hoped they would play the full version of I Am the Doctor, which is one of my favourite pieces ever, but I had to make do with it being part of The Pandorica Suite. Not that I'm complaining, because it is used so perfectly there and is one of the most epic things I've ever seen/heard!

I knew of two people I'd met before that were planning to go and hoped to meet up with them for a drink or something beforehand, but it didn't really work out. One of them was ill and had to cancel. The other one I did manage to see for a couple of minutes before she hurried off. I fear I was a bit awkward and didn't do a very good job talking to her, which upset me a bit. I thought I was doing better with things like that but it was like my brain froze and everything inside me tied up. I made sure to text her during the interval to ask what she thought of it so far, cos I didn't want our last interaction to have been so awkward! And I think it was ok, she texted back and we had a conversation about stealing one of the Daleks that went right past me, and afterwards she mentioned a video she'd taken where a Cyberman looked right at her! She put it online and it is indeed very cool!

I had a really good seat too. Right at the front of C-block, so there was a walkway right in front of me which meant I had a really good view when the monsters came out and into the audience. The Dalek going right past me was brilliant. And I got terrorised by a dream crab walking right towards me! Sadly the Cyberman bypassed the bit I was in, which was a shame. But at least there was no danger of being upgraded!

I took a load of photos and some of them came out really well. I put them on Tumblr, but I'll share them here too:

Peter Davison was a wonderful host; very funny and charming. I loved all his references to being replaced by Colin Baker, and David Tennant being his son-in-law, and the fact that the venue had had to be evacuated a couple of days before because they found an unexploded WWII bomb nearby. I was especially fond of one of his comments near the end where he said "This evening has been a blast. And I mean that in the sense of it having been a very good night and not in the sense of an unexploded World War II bomb."

So overall, it was a brilliant evening. Topped off by a drink at the Udderbelly on the Southbank where Paul and I proved that we were hip and down with the kids by taking a selfie of ourselves with our drinks and posting it on Twitter. 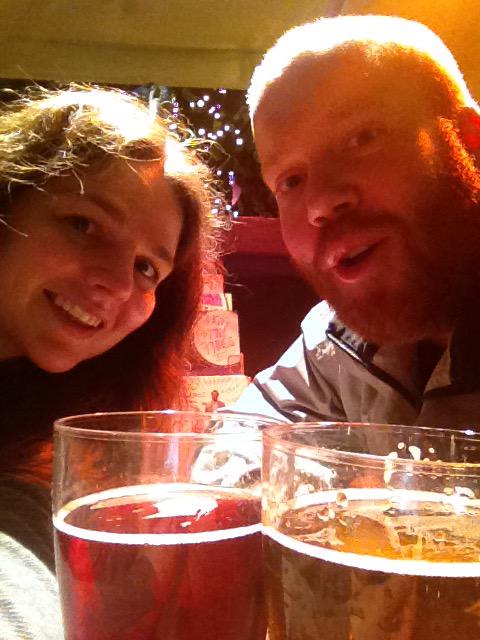 Happy belated New Year, everyone! I know I'm a bit late with my annual memes. I blame a combination of LJ being down and me being distracted with other things, ooh, shiny...

So... you may remember that a few weeks ago I asked if anyone wanted to see Dar Williams with me cos she was coming to London and I've loved her music for well over ten years now but never had the chance to see her before.

Well, my brother bought me tickets to see her for my birthday and I dragged Paul along with me and it was absolutely amazing! The venue was tiny and informal and absolutely lovely. She sang some of her older songs as well as ones from the new album and she was so nice and chatty between each one.

Then she hung around afterwards to sign things! I was not expecting that, so I didn't bring anything. I asked her to sign my ticket and apologised for not thinking to bring a CD. She said she was happy to sign anything so I said I'd make sure to bring the weirdest thing I could think of next time!

And then I got my picture taken with her: 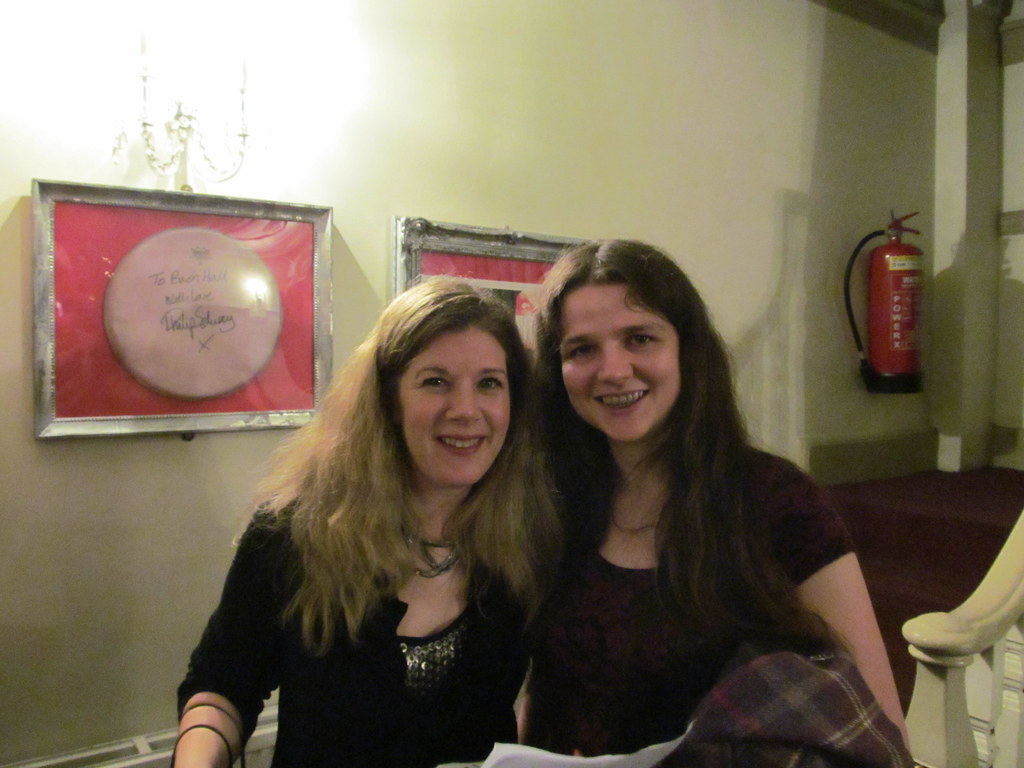 I'm sorry that I look so bad. Paul and I had shared a bottle of wine and it stained my teeth rather badly! But it's a picture of me with Dar Williams! asefdakgjhdafgkjhdfagjkhdagjkv!

I saw Leonard Cohen for the third time last night. He was very good and we did indeed get very wet. It wasn't the torrential downpour that had been predicted but there was a lot of rain. Especially in the second half.

I don't mind rain too much but it was a bit depressing to think of how amazing it would have been if we were still in the heatwave and the sun was shining.

Having said that, the wind did make the curtains on stage ripple in a lovely way.

Another FRIDAY is upon us and that means another CAPSLOCK entry. I've been very BAD at updating recently though, so it looks like the CAPSLOCK entries are taking over.

To be honest there is NOT MUCH to say. I am still LE TIRED. I am so very LE TIRED. Work is LE TIRING. And once again I am working TOMORROW, which is SATURDAY. I think I will be doing my job as a ZOMBIE.

On a BETTER note, I am going to see LEONARD COHEN again tomorrow. It's an OPEN AIR concert and all weather reports are indicating that I am going to get VERY WET.

Also, I am becoming addicted to SPORCLE.

The concert was good, although I think the one in London was better. He seems more tired now.

I'm not going to work tomorrow. I'm going to see Leonard Cohen in concert again. We don't leave until the afternoon so I could have worked in the morning, but I thought it was easier to just take the whole day off. I'm really glad I did cos I am so unbelievably tired. I blame it on not being completely well before going back to work. And the fact that we have been so very busy recently.

I saw Leonard Cohen in concert on Thursday and I've been sitting here trying to put the experience into words and all I've come up with so far is this:

We're going to see him again in November. :)
Collapse