Time for my traditional round up of the dresses this year:

And finally my Not a Dress:

Once again I recorded the Oscars and watched it as soon as I got up, making sure not to check my phone or look at anything that might spoil it for me so I went in having no idea who'd won. When I'd been making my predictions I had been tempted to go with Parasite for Best Picture but I decided to play it safe and stick with 1917. Turns out I should have been a bit braver!

I started off so well too, getting all of the first three awards correct, but then it went a bit downhill after that! Things soon picked up again though and I ended up on a pretty decent score.

Emma, Paul and I did our usual predictions game, I used Alexa as the random number generator this year, and Mum even made her own predictions last night to add to the fun. Who was going to win? Drum roll please...

I'm rather impressed with how well the RNG did this year too. But out of those of us playing for a cocktail, Paul once again came last and has to come up with a new recipe based on the Best Picture Winner. I'm not too sure how nice a Parasite cocktail is going to be though...

Ok, first of all I just want to say that I am still working on my Ships of the 2010s list. I've completely missed my self-imposed end of January deadline but I am making progress. I have next week off work so I should have more time for it then, although not the whole week cos Monday will be taken up with watching the Oscars (I've given in to the fact that I'm too old to stay up until 5am to watch it live any more) and then on Tuesday I'm going to London to see Hamilton a second time (Yay!) and am planning to stay for the quiz on Wednesday and come back on Thursday.

I am so ready for this week off cos I feel completely worn out by work. And just in general. I've spent the last few days feeling really tired and heavy and like I just want to curl up and cry for a while.

Also, I've been having thoughts about The Good Place finale and I wanted to put them in writing, so here we go:

I felt sad enough today because it's Brexit Day and I still think that leaving the EU is one of the stupidest decisions this country has ever made, but then I made the mistake of watching the final episode of The Good Place and now I'm just going to go cry in a corner...

Guess who's workplace heating is broken? Yep! It's fricking freezing in there. I actually felt warmer when I went outside because at least the sun was shining on me. Apparently someone should be fixing it some time this week but we don't know exactly when so I'm just going to have to layer up and try not to lose feeling in my toes like I did this morning.

Speaking of work, I had assumed that my hours would go right down after Christmas but due to staff shortages I've actually been doing even more recently. The upside to this is that it means more money, especially since any hours I do beyond full time are paid at time and a half, so yay for that.

I have actually gone down a bit this week though, so I'm planning to try and use the free time to finally make my Ships of the 2010s list. I'm still hoping to get it done before the end of January, but the month is quickly getting away from me!

Also, does anyone else have a problem with their Friends Feed? When I try to go on mine it just has a spinning circle and the posts never come up. I thought it was my browser cos when I tried it in a different one it worked, but apparently only once cos I've just gone back and now that one is doing the same thing.

I don't think I'm going to make any resolutions this year, but this seems like a good time to have a look back at how successful I was with the ones I made last time:

1. Take up running. I did it for a while and I successfully completed the 7k run in May, but after that I just... stopped. Turns out running is actually really boring. I'm proud of myself for completing the 7k though.

2. Do a 365 Project where you take a photo a day for the whole year. I was almost entirely successful with this. I know there were a handful of days I forgot, but for the most part I did take a photo a day. Where I failed was finding time to put them online!

3. Finish reading books. Complete failure here. I still have the terrible habit of starting new books while I'm in the middle of old ones. I do exactly the same thing with fanfiction too.

Actually, you know what? I am going to make resolutions this year. Or not resolutions as such, but specific goals related to last year's resolutions:

1. Find a form of exercise that I don't hate.

3. Finish reading all the books I've got on the go right now (Furiously Happy, Wild Magic, The President is Missing, A Dance With Dragons: Dreams and Dust) before the end of 2020.

Ok, so that last one isn't related to last year's resolutions but I wanted to put it down as well to motive myself to keep going and not give up when I find myself thinking that it's completely rubbish and nobody will want to read it.

Happy End of the Decade, everyone! I've been saying that a lot recently (and telling people at work I'll see them next decade) but I still can't quite believe it's actually true. So much has changed in the last ten years, but it still feels like it's gone by so quickly.

My plan for this evening is to try and stay up until midnight, watch the fireworks on TV, and then crash cos I have to be at work at 8 o'clock tomorrow morning. Which is exactly the same as my plan last year and I managed it then, so there's a precedent at least.

I'm currently drinking eggnog. But not the kind I make myself. My friend bought me a carton of American eggnog for Christmas and it's rather different from what I'm used to. It's kinda like drinking custard. I like it.

Happy Christmas Eve! The lights are on, the train is running around the tree, and I have a glass of sparkling wine to celebrate. Yay! =D

I finished work at 3:30 today, which was very nice, and I won an Impulse body spray money tin in the raffle. I now have two days off to enjoy the festive fun, which I am very happy about, although I'll be making up for it by working long hours on New Year's Eve and Day next week.

I've been so busy this year that I haven't had a chance to watch any Christmassy TV episodes or traditional films, which is a shame. I mean, I did see Muppet Christmas Carol at the cinema, but normally I make a point of watching things at home and I simply haven't had a chance this year. I might have to try and watch a few after Christmas, but that's not quite the same.

I did find time to make eggnog on Saturday, which was very nice. But most of my weekend was spent wrapping presents with Christmas 24 on in the background. So while I may not have watched the traditional Christmas films, I have seen the American perfume maker falling in love with the Scottish duke, and the childhood sweethearts rekindle their romance at their small town's Sugarcane Christmas Festival. A distinct lack of identical strangers swapping lives in this year's offerings though.

Now it's time for me to go and watch Child Genius vs Celebrities and hope that the celebrities can triumph once again. I hope that everyone is having a great Christmas Eve!

As promised, here is my separate post about the Museum of Architecture's Gingerbread City. By which I mean, here are a load of photos I took of it because it was absolutely incredible and so impressive! 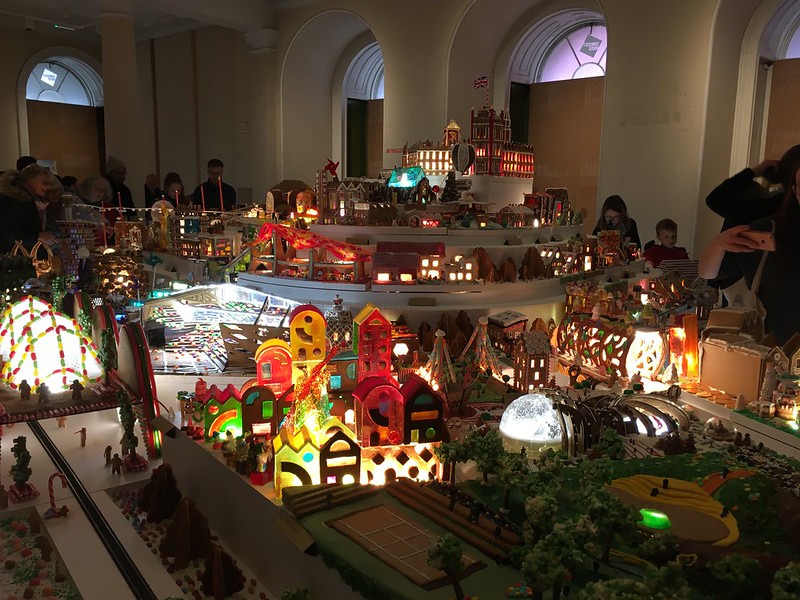 My Christmassy weekend started with us going to Canterbury. It's been years since I've been there, I think the last time I visited was not long after I graduated. It's always weird going back to a place you used to know so well but haven't been to in ages, everything was so familiar but different at the same time.

As well as looking around the city centre and the (slightly disappointing) Christmas Market there, we ventured up to my old alma mater to say hello. That was where the weird feeling was strongest cos there are so many new buildings and extensions that the place in my memories doesn't really exist any more.

But one thing that I'm happy to say does still exist is the Keynes duck pond: 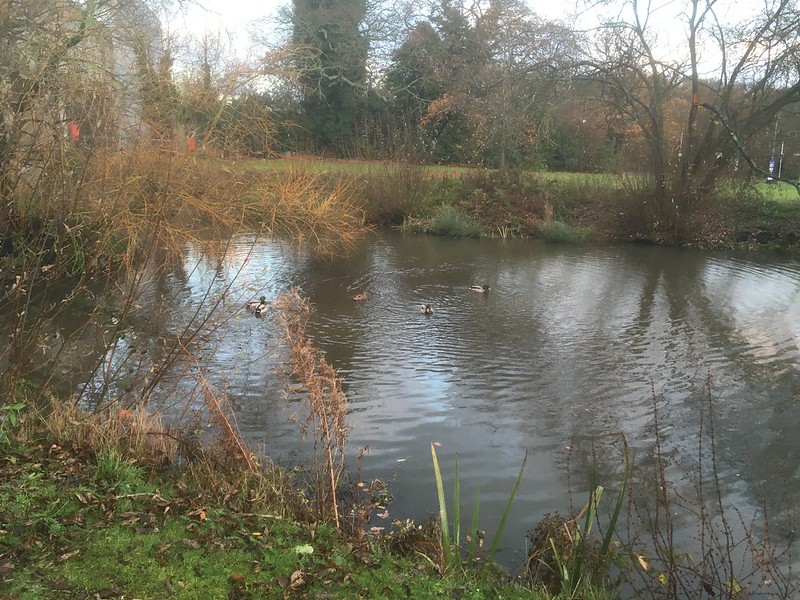