My iPad doesn't charge any more. I checked more than one cable and also my phone and it's definitely the iPad that's at fault. I tried looking up fixes online but nothing worked. I use my tablet all the time so this is nothing short of a catastrophe! Fortunately I had a birthday recently, which included money as a present, so I went online and bought another one. It's due to be delivered later this evening.

It's funny. Normally I spend ages and ages researching and thinking and overthinking about these things. Not this time! I need a new iPad and I need it now! It also helped that the one I chose turned out to be one of the only ones actually available. I like to think of that as a sign.

In other news, I finished the Lego Grand Piano last week: 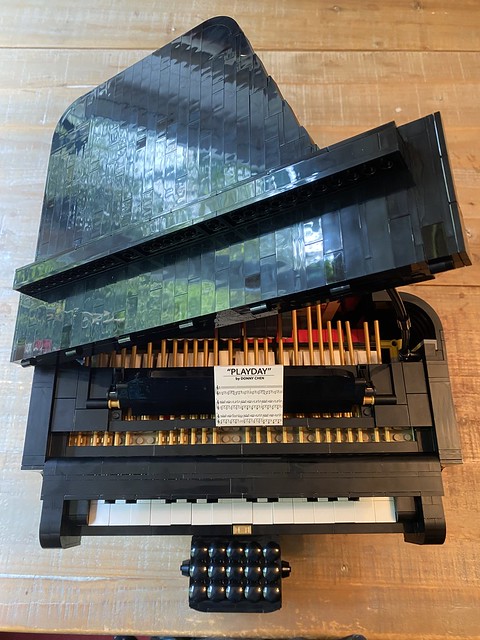 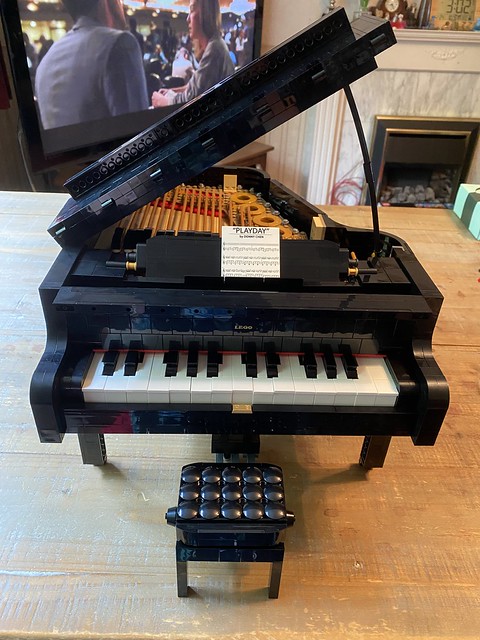 There. That looks a lot more like a piano, doesn't it? You can connect it to the app via Bluetooth and the keys move while your phone plays music. Not the keys for the actual notes, of course, that would require a lot more engineering inside the build, but it's still pretty cool. And one of my favourite things is the piano stool, which can be raised and lowered by turning a knob on the side. Sometimes it's the simple things that please me the most!

I'm currently working on sorting out my photos to make a post about my trip to Hastings and Rye. I took pics with both my camera and my phone thinking it would be interesting to compare them. It used to be the case that my camera always took the better pics while my phone was a good back up for situations when I couldn't easily get to my camera. Now I have the iPhone 11 I thought the quality of my phone pics would improve but still wouldn't be quite as good as the camera. Turns out they were miles better! I know a lot of the problem is me (I keep saying I'm going to go to a photography course and learn to make proper use of all these settings!) but I have taken pretty good photos with that camera in the past, so I was a bit disappointed that these didn't come out that well.

I was also annoyed to find that the dark marks that marred a few of my Wales photos are also on these ones. I had thought it was dirt on the lens but I've cleaned that a few times and they're still there. So now I'm wondering if it's dust on the sensor. Which is trickier to clean and the thought of attempting it makes me a bit nervous. But then if I don't I'm just going to end up with more marked photos and that's no good. I suppose if I break the camera I have an excuse to buy a new one! Although not for a while since I've just spent a load on a tablet. And, to be honest, with the way phone cameras keep getting better and better it might not even be worth it...

And speaking of my phone, have a pic I took of Tormund on our walk last Sunday: 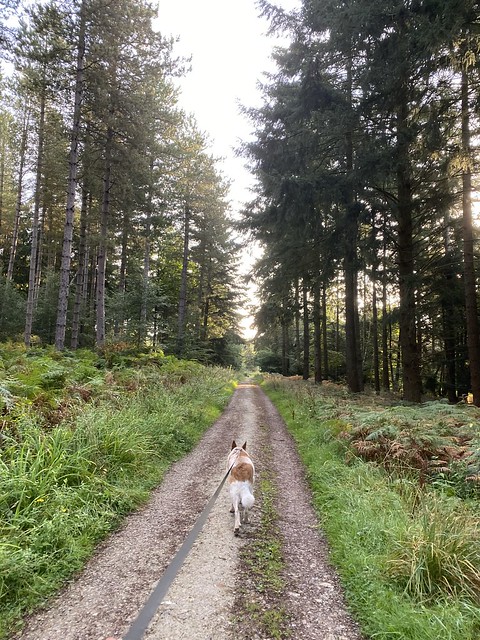