So, day 4 of the November meme is Favourite Show. This is such a tricky one cos I love TV and go through stages of being super obsessed with various shows, so my answer to this can change so much depending on when you ask me. In times gone by I might have said Alias or Prison Break or Voyager. A couple of years ago I'd have said Doctor Who without a doubt. I've started to drift away from it now, cos I don't love Twelve as much as I did Eleven, but I'd still say it's a strong contender. And it gives me a good segue into this:

My costume for the Doctor Who Festival next weekend. I'm a bit worried that I look more like a waiter than the Doctor... 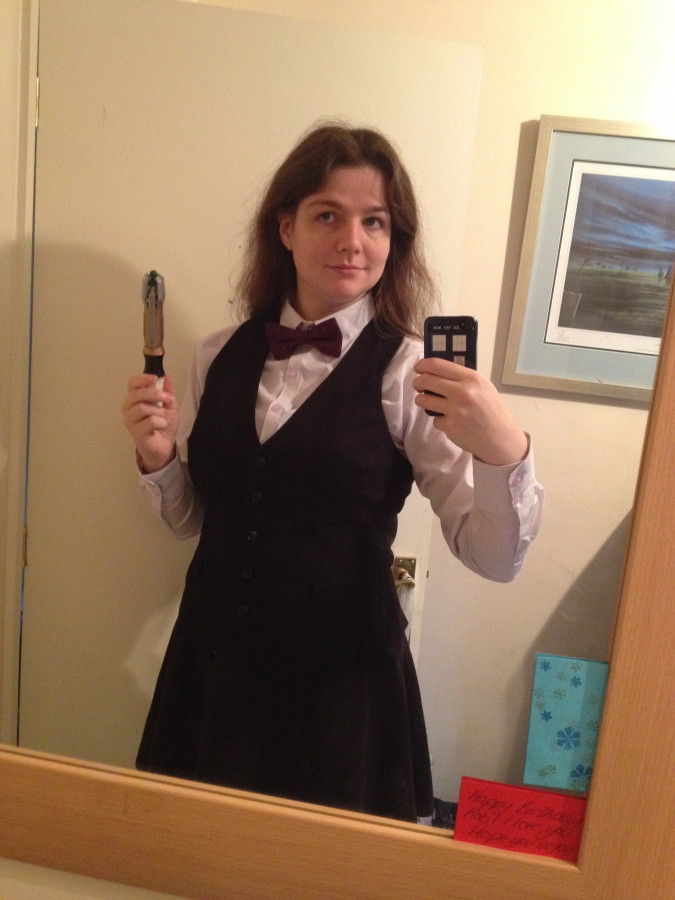 If only I'd bought the official replica of his coat when I was at the 50th anniversary convention a couple of years ago. If it hadn't been ridiculously expensive I totally would have done, but alas. Still, I'm hoping that the sonic screwdriver (and the fact that it's a Doctor Who convention) will make it clear to people that I am, in fact, the Eleventh Doctor and not there to take drink orders.
Collapse